Women let themselves go passionately during Carnival, documentary Carnival Women ' six women for whom carnival means much more than celebrate

"A gem that should be on prime time. With fine quotes and beautiful images"
NRC, Wubby Luyendijk

Lucy ( 40) has everything to be happy : a nice man , three lovely daughters , no money worries, a part- time job as a maternity nurse. Still, her life would look different if they could choose . She knows her husband since she was seventeen and have never had anyone else. Lucy is a carnival outlet . When they sing songs about impossible love with other pacemakers , she dares everything .

Artist Alja (60 ) from Den Bosch celebrates especially the lack of laws and values ​​. In her work she has strict forms, but once in the year they are doing the straitjacket of the artist and his occasionally moves them among the people . Because with carnival , everyone is equal . Alja accustomed to male attention and always choose carefully with whom they deal . But during the carnivals do not need that everyone flirts with everyone . "And do you want from them , you just dive back into the crowd ! "

The sisters Anny ( 69 ) , Thea and Reed (76 ) grabbing carnival in to continue . Their worries and sorrows aside as Two years ago, Reed lost her granddaughter for 12 years. " The worst thing that ever happened to me , but during carnival can I just make me loose from that agony . " Reed has lived in Canada for twenty years . She hears it in the family no longer in , but during Carnival they need not worry . With six browns beer in the collar is all nice to each other .

Aunt Co. (95 ) has never had a girlfriend . During carnival they enjoy to watch , for whom it is not too late to love to others. Who sees her walk into the heaving crowds , here and there, gripped by young men , sees a young girl in love . With the carnival should all. Co aunt : " You suddenly do not feel that weird old woman that wants to dance." 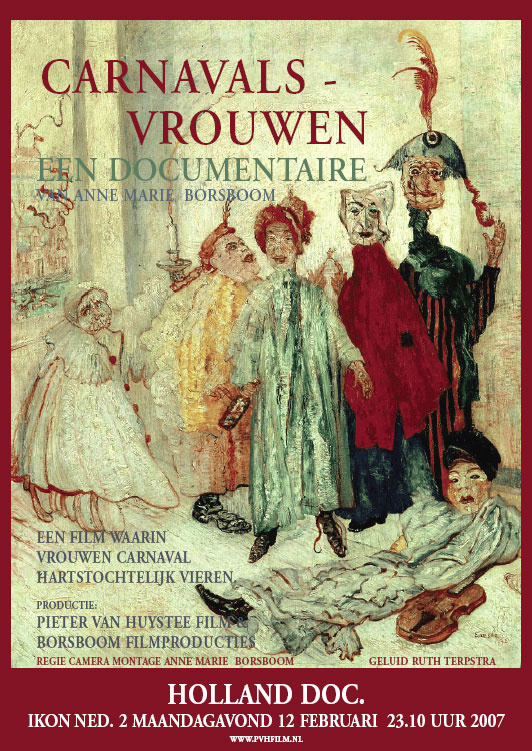